On Lies and Live Action Videos 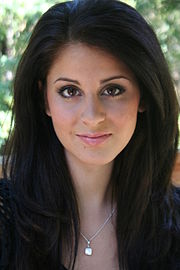 Lila Rose of Live Action
﻿
Live Action's recent undercover videos have brought out a number of Catholic commentators saying that undercover interviews are basically "lies" which are always morally wrong.
I have a problem with this argument. It is that there are numerous situations where the Church has allowed, and even rewarded the type of behaviour they accuse live action of, and worse. And yet, we know the Church does not accept and reward sin. Somee  examples of this, just off the top of my head:
During the Second World War the Catholic Church, with the sanction of the Pope, made false passports and baptism certificates for hundreds (at least) of Jews. This was going many times further than Live Action have gone here! Further, Mgr Hugh O'Flaherty - whose family have commented recently that the Pope was kept fully informed about his work - arranged for a Nazi warehouse/factory to be raided and the clothes and boots thrown into the garden of the Irish Embassy to be used for clothing allied refugee POW's (stealing is not lying it's true, but it is stealing never the less!). Meanwhile in a vatican hospital, a doctor invented a fake fatal illness and taught Jewish prisoners a specific type of cough, thereby convincing Nazi's never to enter the ward and saving large numbers of Jews.
Meanwhile back in the old country, Frank Duff, founder of the Legion of Mary, persuaded a group of prostitutes to go on a weekend retreat. At the end of it, they wanted to leave their profession and he managed to obtain a house for them to go to on the Monday. However, with no furniture he was stuck. So he went round to the SVP's house and stole all theirs. The members of the SVP later laughed themselves silly about it and gave him some money as a donation on top! - Still, he didn't know in advance that they would do so. (Mr Duff, who is currently "Venerable" also wrote about a visit he made to England while working for Michael Collins, where he and those with him travelled incognito - i.e. they all used false names).
During the Elizabethan persecution of Catholic Priests, Fr John Gerard gives an account in his diary of how he would deny knowing people who had hidden him or had him say Mass in their homes etc., to protect them.
In Mexico, Blessed Miguel Pro appeared dressed as every kind of worker and even as a Policeman in his efforts to administer to his flock while evading capture. On one occassion when being pursued he caught hold of the arm of a young woman and asked her to pretend they were a couple (i.e. act out a lie).
Fr Gereon Goldmann pretended to be a member of the SS (well technically he still was as the paperwork to dismiss him was never done I think) and also held a priest at gunpoint to be able to take the Blessed Sacrament from the tabernacle to give it to the dying Germans and Italians nearby (the priest did not want to assist the dying Germans).
All of these things are things that would be morally wrong in normal circumstances and they involve many lies.
Finally, didn't even the Archangel Raphael appear under a "false" name and persona, as Azariah the kinsman of Tobit, in the book of Tobit? And reveal neither who he was or what he had come for until the end of that book?
Not giving the whole truth to someone, using a false name, pretending to be something you are not; describing all these things as always out and out lies - and always morally wrong regardless of the reason, the circumstances, - this would mean for the Church that numerous saints, martyrs and blesseds, as well as Popes and theologians have been guilty of living in and teaching sin. That's a bit problematic, no?
And in fact, I don't believe that any of the instances mentioned above was morally wrong.
Whether of not Live Action's work is fruitful or not I cannot say. It may take time to be successful. They may need to perform many more "stings" before PP can no longer keep up the front. Certainly groups like PP will be worried and may even be more careful about keeping within the law as a result. Maybe they will bear no fruit at all. however, as has been pointed out, that is a different issue from whether or not they are morally wrong.